The Growth of Faridabad in the 21st Century 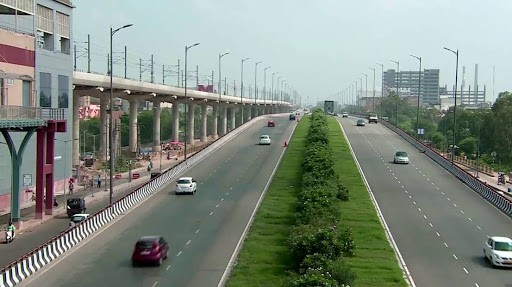 Faridabad is the third fastest growing city in India. This phenomenal growth is the result of many factors.

Faridabad started developing in the year 1979 as an industrial town due to the efforts of the prime minister Jawahar Lal Nehru. It was his dream to see it developing and actually it was Faridabad which was seen as the bustling industrial town which Gurgaon today has become. The Nanda family had a big hand in the development of the city with the setting up of the Escorts Plants. Over the years they kept adding to their inventory and other industrialists followed suit.  Faridabad became a purely industrial town with a number of huge industries and the Infrastructural development started picking up pace. It was foreseen that to decongest the capital a number of government departments would be shifted to Faridabad as it was the best connected to the capital.

Then in the beginning of the 21st century with the saturation of Gurgaon as a city and the rising prices of real estate there was again a need to find space someplace which was as well connected to the capital as Gurgaon. As a matter of fact, Faridabad connectivity to the Capital was much better than the connectivity of Gurgaon. Once again the Government started to take interest in the development of the city and the big builders returned to Faridabad. The Haryana government announced a number of incentive schemes to encourage industrialists to set up fresh industry in the city. The HSIDC announced the setting up of the IMT or the Industrial Model Township in sectors 68 and 69 in 2010.  The site was chosen in the cross-Canal area and it was decided to develop this region. Land was acquired and the development started picking up pace. Hundreds of residential high rise and low-rise residential  projects and commercial projects were suddenly announced. Construction activity started at a feverish pace. The coming of the Metro in 2015 improved the connectivity even further.

Few Issues however still remained unattended. For example, the status of the roads in the city is still poor. Pollution is a factor which is still to be handled properly. The Swachh Bharat Abhiyan to clean up the city is a failure as Garbage heaps are still visible all over the town. A number of issues are still to be taken up on war footing. The announcement of Faridabad’s inclusion  in the top Smart cities of India came as a breath of fresh air but  still the work on that is to start and still it remains to be seen if the project will be successful as the economic crisis of the country due to the Corona Pandemic has definitely pushed back the development for few years due to lack of funds.

The dream is however still not given up and it continues to live in the hearts of the residents of the city to see their city as one of the most advanced cities in India.