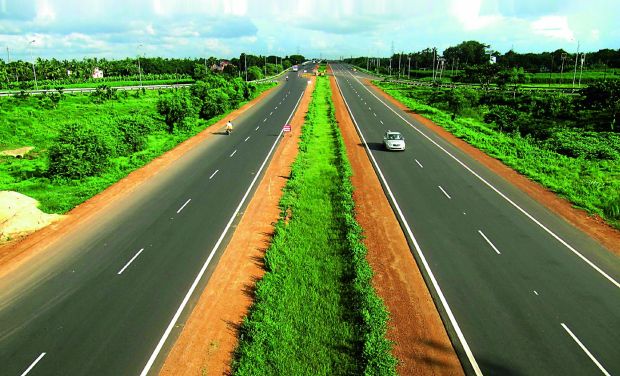 If you were wanting to commute to Palwal or Mathura/Agra the main National Highway no 2 was  generally the one road you would take till the existence of the Noida Agra Expressway which was commissioned  in 2012.

Before that the NH 2 or the so called Delhi Mathura Road was the main arterial route to Mumbai via Matura and Agra and was very congested at all times.  It sometimes took hours just to cross the 2 km stretch from Badarpur Thermal plant to the border during the peak hours. Due to the expansion of Faridabad and also due to the increasing population of the city the National highway was facing heavy traffic right up to Ballabgarh and sometimes even up to Palwal. In the 1990’s the Haryana Government commissioned a bypass road from the border to Ballabgarh parallel to the Faridabad Agra Canal. It main purpose was to divert the heavy vehicular traffic (Trucks) from the main Mathura Road to decongest the main Highway.

Over the years although the six lane 26 km long highway has proved its usefulness it has still proved to be insufficient to control the ever growing traffic on the main NH2 highway as well as on the road up to Ballabgarh.  In 2018 the Haryana Government developed a plan to widen this bypass road and make it into a 60 km long 12 lane highway to meet the demands of the growing traffic from the now fast developing Greater Faridabad to Delhi.

This road will also provide connectivity to  Kalindi Kunj and to the DND Expressway of Noida from Dandokla Village in Palwal district. This bypass will also provide access to the Delhi – Vadodra – Mumbai Expressway which is presently under construction. This Highway will shorten the driving time from Delhi to Mathura and Agra by at least half an hour or even more during the off peak hours.

The Haryana Government has already handed over a 60 km stretch of road to the NHAI and work on the project has started. The whole project is expected to cost 2500 crore rupees and is expected to be completed by 2023.