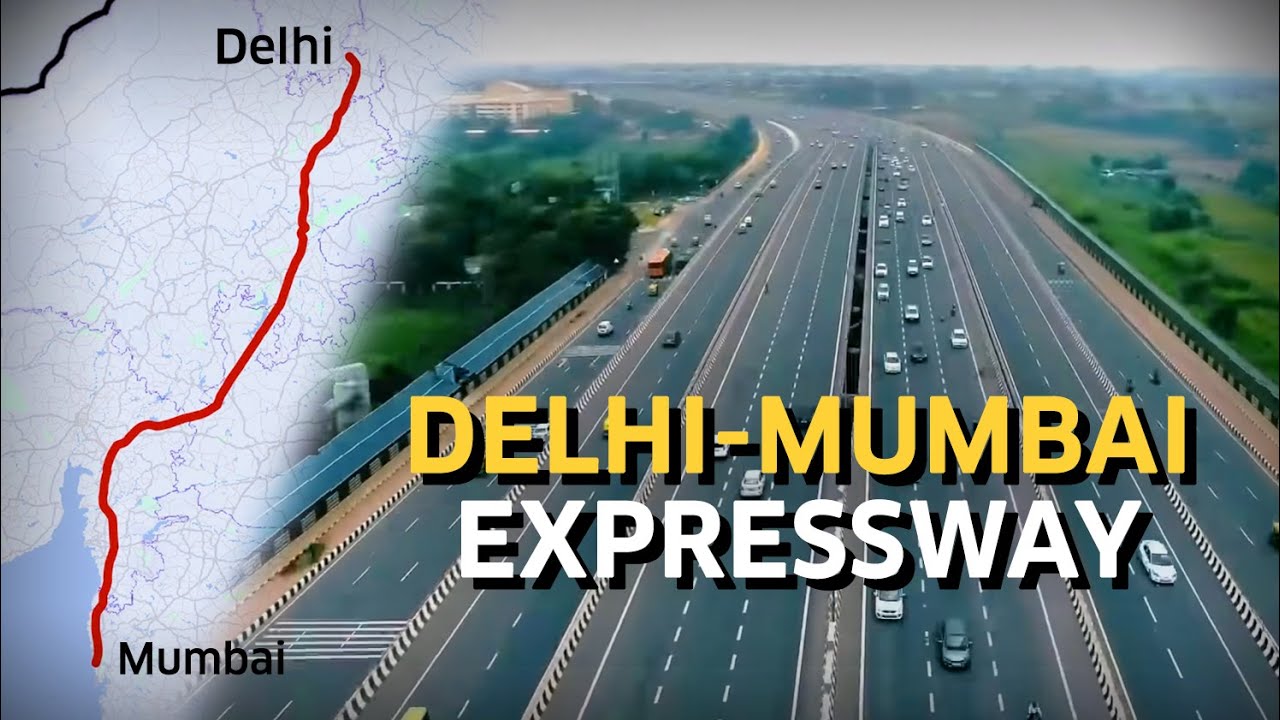 In a vast country like India with its vastly different geographical divisions having a good infrastructure of roadways and highways is one of the most important factors in connecting the entire country along with the railways and air routes.  India presently has over 6.2 million kilometers of roads as per the latest statistical review of March 2020 and this network carries more than 70% of the freight and more than 80 percent of the passenger traffic in India.

Delhi and Mumbai are two of the largest and heavily populated cities in India and also the most important commercial centers in the country.  Presently these cities are connected by the GT Road which is the NH 48 and is 1400 kms long but due to the congestion issues it takes about 23 to 24 hours to reach from one city to the other.

The government of India planned the construction of the Delhi Mumbai Super Expressway and the foundation stone was laid in March 2019 just before the Covid Pandemic stopped life in its tracks.   This Highway is going to cut the travelling time from one city to the other by almost half although the travelling distance has been curtailed by only 130 kms. The new Expressway is going to span a total distance of 1334 kms as opposed to the 1450 kms long existing highway and  will have 8 lanes.

This new highway is going to traverse over 6 of the largest states in the country namely, Delhi, Haryana, Rajasthan, Madhya Pradesh, Gujarat  and Maharashtra. The distance covered in Delhi is the shortest at 9 kms and   Maharashtra with 374 kms is the longest section of this super 8 lane highway.  The highway is to be constructed at a total cost of 98000 crores and will take 4 years to complete. It is expected to be completed by 2023 and land for the construction has been acquired already.

The work on the highway has already been started in 2019 and almost 350 kms of the Expressway has already been completed. The highway is going to be eco friendly and will have more than 2 million trees planted on both sides.  The trees are going to be watered by means of drip irrigation and will have rainwater harvesting vents after every 500 meters.  At the different wild life crossings suggested by  wild life experts the highway will go underground. The power supply will be through solar panel power system and by the various state grids.

The journey from Delhi to Mumbai and vice versa will be accomplished and completed in 12 to 14hours  and will save fuel to the extent of thousands of crores per year.  The highway is going to be a marvel of modern engineering and is expected to be one of the best highways in India.